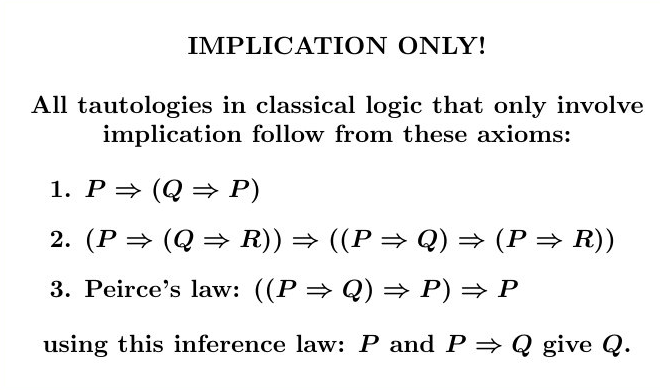 Ioannis Vandoulakis Logic social process - prover and interpreters (can be teams of agents). Each agent is autonomous. Each agent has its own history, record. Agents may follow different logics of reasoning.

Understanding is a semiotic morphism across semiotic spaces.

Category theory approach: Given objects A and B, choose a morphism F from A to B. Then have a functor M that takes A to M(A) and B to M(B). Then consider whether M(F) goes from M(A) to M(B)? That is, consider, whether M is a functor.

Different ways of defining substitutions: by value, by name, by address? and others

Amygdala - Danger center, negative emotions. Helps to make meaning before signal enters sensory cortex. Creates ideas. Gets ideas from direct experience. Monitoring the situation. Is reduced upon verbalizing, naming the danger (formulating an expectation - so no fright or disgust). (So amygdala notes the inability to formulate an expectation). Example of embodied cognition.

The body has an affect on the mind and interpretation. Movement and its importance. Systems mediated by dopamine (chasing the reward - suspense).

Parmenides's semantic viewpoint: Key concepts: that which is (to eon) and thought (noema). True is expressible.

Programs deal with components of objects, thus they are algebraic, an algebra. Programs change one variable state to another. These are mappings. Thus algebras of functions. Superposition.

Naming of a variable allows diassociation of scope. Contextual understanding. The opposite is compositional semantics, which allows not to worry about the context.

Update - based on limitation of resources. Natural numbers - based on being able to introduce ever new item - in some dimension. Both are needed for computation.

Propositions (expectations) create the distinctions (and duality) between truth and falsehood.

Algorithmic algebra. On any domains. Add Floyd-Hoare assertions, can go from programs to predicates, and so get Program specification algebra. Get a threefold mode: Quasiary predicates, quasiary functions, programs.

All concepts are tentative, conventional, contingent, secondary - we're actually interested in something else - so what we should focus on.

From Frege to Goedel.

Dasarathy sensory fusion. What is the minimum number of sensors to recognize any object? Jerzy Tomasik.

Model theory makes the sevensome meaningful. It distinguishes between True and NotFalse, NotTrue and False, etc.

Bourbaki: three fundamental structures: Order (sequence?), Topology (network), Algebra (hierarchy) - based on the structure of the real numbers. And then cross structures.

If we restructured a sequence with a sequence, then that second structure would behave like a tree or a network. Likewise for the other restructurings.

Relate the axioms of set theory with logic.

David Corfield: Towards a Philosophy of Real Mathematics.

https://golem.ph.utexas.edu/category/2009/07/thomas_nolls_talks_at_chicago.html topos and music and presheaves

Transpose implicit in the wire yank.

Relate Clifford algebras and the slack in string diagrams.

B Coecke. Categories for the practising physicist.

Observation disentangles what is entangled. We live in a countable disentangled world embedded in an entangled uncountable world.

Probability describes the disconnect between the primary and secondary structure. This could be the basis for noncountability.

Series A (subjective) and Series B (objective) time - example of music using both. Linguistics uses both - see aspect.

Perturbation (as in real valued logic) can be modeled by the possibility that a system is not empty.

The Form and Function of Duality in Modern Mathematics Ralf Krömer, David Corfield

Dominique - logic is a sketch - presentation for category with limits.

Arithmetic hierarchy is based on negation. There exists a y = It is Not that For all y It is Not

So consciousness, awareness, perspectives, conditionality are all based on negation and universality. And similarly:

And so we have a dual set of chains in terms of existence and universality but they are off by a half level so we have to think in terms of both chains, which is why we need the sevensome.

Math variables create problems - in math, both sides are equal (commutative equality) - we have state equality. Computer variables solve problems - the two sides are not equal (noncommutative) - because we are setting the values.

Nondeterministic methods are needed for the P vs. NP proof. My symmetric functions of the eigenvalues of a matrix can be considered such a nondeterministic method. Consider the various P vs. NP problems, what they say about a generic matrix and its eigenvalues. And consider the problem of determining whether two matrices have the same eigenvalues. And recall my combinatorial interpretation of K-1K and whether a monoid can be factored. K-1K - the inverse matrix - is the complement world.

Turing paper of 1936 on the diagonal argument.

Definition of logic duality: known and unknown. That is the basis of evoltion. Define music as purely syntactic. Four levels.

What is a statement of noncontradiction?

Syntax is conscious hierarchy, semantics is unconscious network, sequence relates them. But they all can model each other. Yet how?

Abstraction is based on duality of variable and value. Double bookkeeping. Distance: Fourfold relation - how related ar they? Completely (a thing in itself) or separated (as a symbol).

Abstraction is separation of symbol from thing and then working with the symbol (in a game). Symbol is object of joint intentionality.