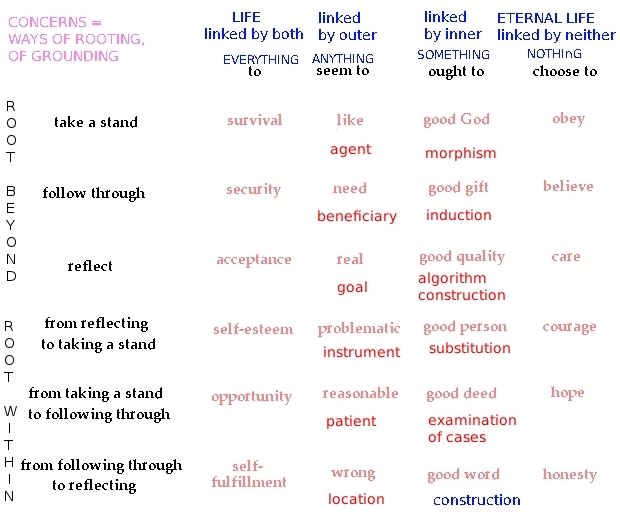 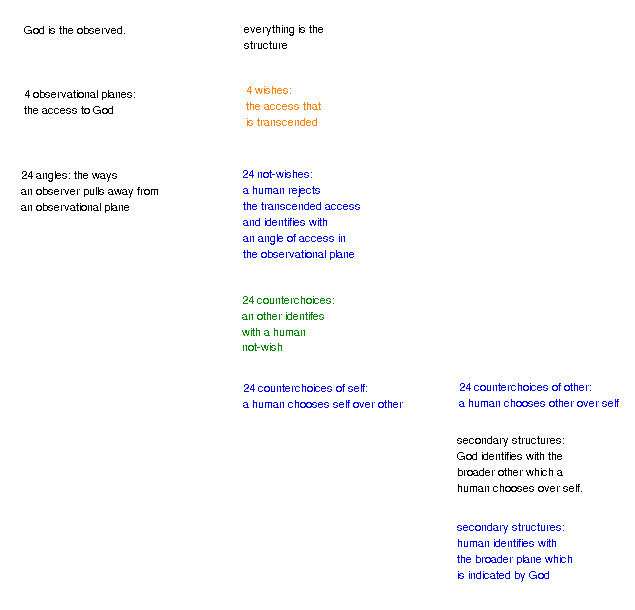 The {{Omniscope}} yields 24 angles, which are the ways that God goes beyond himself, and also the ways that an {{Observer}} can pull away from an ObservationalPlane.

When we ourselves take up an angle, then they become our concern. The PrimaryStructures allow us to take up the angles.

For example, here are the six needs:

And here are all 24 concerns:

I had previously applied the word concerns to ten commandments (four positive, six negative) as they appear variously.

These concerns express the equation of {{Life}}.

Here are several ways to think of the ten concerns:

An important way to think of all of the structure is that there are ten concerns, four given by the representations of everything, and six given by the representations of anything. The four concerns of God can be ranked by their broadness, so that there are six ways that God grows in concern, and these are the six concerns of life. Each concern of life is that God grow in concern. Andrius, 2002.02.01