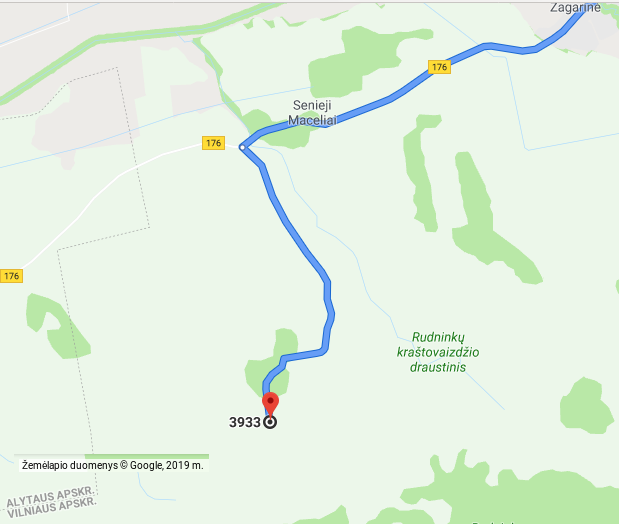 Peacemakers Trek to Jewish Partisan Fort on Sunday, May 12

On Sunday 12, 2019, three peacemakers are inviting all to join them on a visit to the Soviet partisan command post in Rudninkai forest, 40 km south of Vilnius, also known as the Jewish Fort because of the active role that Jewish partisans played in the anti-Nazi resistance.

Participants will meet at 10:30 outside the Vilnius train station, near the currency exchange. They will proceed from there by cars, taking road 176 through Senieji Maceliai and then turning south for some 5 km through the forest to the end of the gravel road. Map

Participants should bring mosquito repellant, water and snacks. They are urged to register in advance with an organizer, either anti-fascist Giedrius Grabauskas, giedriusgrabauskas2 AT gmail DOT com, +370 606 33 268, or anti-Soviet Andrius Kulikauskas, ms@ms.lt, +370 607 27 665.

This is the first in a series of events that peacemakers in Lithuania are organizing to build a network and to learn how to understand others, to come to an understanding, and to achieve harmony.

On May 3, at the "Trys milžinai" (Three Giants) cafe in the Kaunas Officers's Garrison, A.Kulikauskas consulted with G.Grabauskas and world-famous Kaunas historian and Jewish guide Chaimas Bargmanas. What activity might bridge the divide between those who want to exalt the heroes of the Lithuanian nation, and those who are hurt because some of these so-called heroes urged that Lithuania's Jews be driven out, mass murdered or held in ghettoes? One idea is to develop an interest in all partisans who fought in Lithuania, including Lithuanian, Jewish, Russian and Polish partisans.

C.Bargmanas offered to show A.Kulikauskas and all the remains of the Soviet partisan headquarters. Seven of the twenty partisan units consisted of Jews who had escape the Kaunas and Vilnius ghettoes.

676 Jewish partisans fought in Lithuania. They were the most active anti-Nazi resistance. They saved themselves and rescued others. By comparison, Lithuanian rescuers managed to rescue perhaps two thousand Jews.

There will follow discussion. What were connections between the various partisans who fought in Lithuania? What can we learn from the partisans? By what principles would we conduct resistance if Russia should once again occupy Lithuania?

What can we do so that this Jewish Fort is included in the national Registry of Cultural Heritage?

What events could peacemakers organize next? How could we take a mulitfaceted view of the partisans who fought for Lithuania's independence?